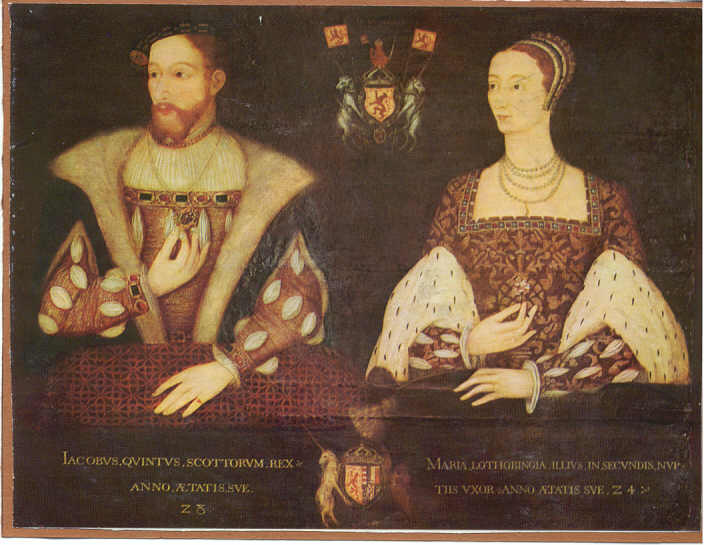 James V of Scotland was just a toddler when his father, James IV died during the Battle of Flodden Field, making him the next King James of Scotland. He was the fourth child and only surviving legitimate son of James and his wife Margaret Tudor (sister of Henry VIII).
Born in April 1512, he was crowned in September of the following year, becoming the seventh monarch of the Stuart Dynasty. Too young to rule, his mother ruled as regent for a spell. When she married Archibald Douglas, 6th Earl of Angus the following year, she unknowingly forfeited her rights to rule as James’ regent. In her place, the king’s uncle, John Stewart, 2nd Duke of Albany became regent.
Albany was pro-French, renewing the Auld Alliance that would promise James a royal French bride. With French sentiments in Scotland strengthened, the king’s mother fled to England and stayed there for some time. When Albany left Scotland on business, Margaret returned to Scotland and worked to eventually declare James free to rule without a regent. This agreement was made with the understanding that James would govern under the supervision of several Scottish lords, each taking a turn in overseeing the king’s power.

When it came time for James’ step-father, the Earl of Angus to take his turn, he took James prisoner and ruled in his place. Several attempts were made to free the young king and he finally escaped to resume his power when he was 15 years old. One of his first acts as king was to exile the Douglas family. He even went so far as killing Angus’ sister, Janet Douglas, Lady Glamis, by burning her at the stake for witchcraft.
Due to the Auld Alliance, James procured the hand of Madeleine of Valois, the daughter of French King Francis I. She was frail and sickly from the time she was a child and her father refused at first to allow James to marry her. Finally convincing Francis to allow the marriage, they married in January 1537. However, Madeleine died of consumption seven months later without giving James an heir.
Less than a year later, James married the 21 year old widow, Mary of Guise.

Mary of Guise was born in Lorraine, France in 1515. She was the eldest of twelve children born to Claude of Lorraine, Duke of Guise and Antoinette of Bourbon. When she was 18, a marriage was arranged for her to Louis II d’Orléans, Duke of Longueville. She bore Louis a son, whom they named François, and was pregnant with their second child when her husband died of what is believed to be smallpox. Her second son was named after his father, but only lived a few months after his birth.

Mary was young, attractive, intelligent, and valuable to the French court. Soon the king of France was looking to put her many assets to good use. It didn’t take long for her to be courted by two kings: James V, the king of Scotland, and Henry VIII, the king of England.
Mary and James had met the previous year when he came to France to meet Madeleine. He thought her attractive and now turned his attentions toward her in an effort to maintain French-Scottish relations. Henry VIII had lost his third wife, Jane Seymour the year before as well. When he got wind of James’ intentions, he too sought to obtain Mary’s hand in marriage to prevent the union. It is said that Mary was concerned for her safety at the hands of the English king, making a comment on her small neck as an excuse not to marry the man, a reference to his beheaded queen, Anne Boleyn.
Eventually, Francis I of France decided that James would be the better match. They were married by proxy in France in May 1538. Due to the death of her first husband, the Duke of Longueville, Mary’s young son would have to be left behind in France as he was now the new Duke of Longueville. She arrived in Scotland a month later and was married to James in St Andrews Cathedral. 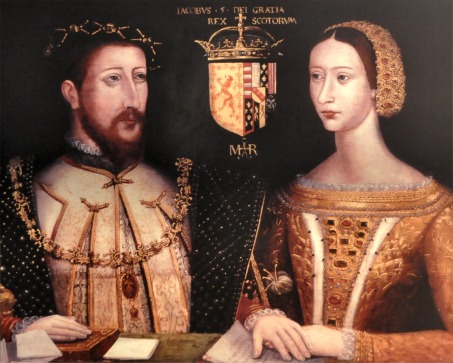 It didn’t take long for Mary to give James a desired heir. Their first son, James, was born in May 1540 and a second, Robert, joined in April 1541. However, both boys died just days after Robert was baptized. Unfortunately, as with any good queen, the show must go on, and less than a year later Mary was pregnant again.

The Beginning of the End

With the death of James’ mother and the bonds of relationship between nephew and uncle being strained over the burgeoning Protestant reformation, James soon found himself at war with his uncle Henry. Having ignored his uncle’s urging to break away from the Catholic church, he added insult to injury when he refused to meet with Henry. The English king, being the tyrant that he was initiated an attack on Scotland.

Scottish forces suffered a great loss at the Battle of Solway Moss. The king, who did not fight in the battle because he was sick with a fever, sunk further into despair. When the news reached the king that his wife had given birth to a daughter on 8 December, and not the desperately hoped for son, the king is believed to have made the prophetic, yet disheartening statement, “It began with a lass and it shall end with a lass”, making a reference to the beginning and ending of the House of Stuart.
James died six days later, with only one legitimate child left alive to take the throne: Mary.

The Show Still Must Go On

After James’ death, Mary of Guise continued to carry the Catholic torch in Scotland. She spent quite a bit of her time battling the Scottish lords for the regency and trying to avoid Henry’s matrimonial advances toward herself and her young daughter. By this time Henry had worked his way through two more wives and was still interested in adding Mary of Guise to that list. If that didn’t work, he wanted the young queen for his heir, Edward. When it became apparent that he would get neither, he initiated a war with Scotland known as the Rough Wooing. Determined to protect her daughter from an English marriage, she snuck the child away to France when Mary was five years old. Arrangements were made for her to be brought up in the courts of the French king, and eventually marry his son, the Dauphin, Francis.

In 1550, Mary of Guise returned to France and reunited with her only daughter whom she hadn’t seen in two years. She travelled extensively throughout France but eventually made her way back to Scotland where she eventually took over regency in 1554. She worked closely with her brothers, the Cardinal of Lorraine and the Duke of Guise and these dealings kept Scotland and France in close diplomatic relationship for as long as she held the regency.

As Protestantism grew in Scotland, Mary’s influence declined. However, she managed to maintain control of the regency until her death due to dropsy in 1560. Her body was eventually snuck to France, and Queen Mary was able to attend her mother’s funeral.

Below are pictures from my time spent at Stirling Castle, one of the principal places of residence for King James V and Mary of Guise. It is located in Stirling, Scotland. These pictures were taken in June 2017. 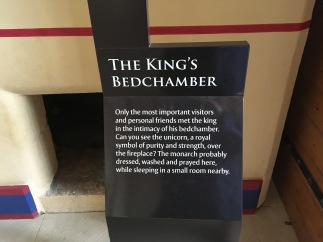 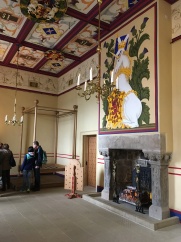 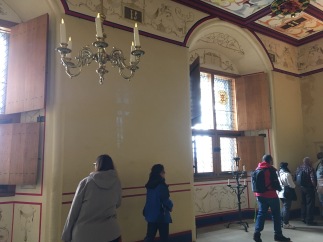 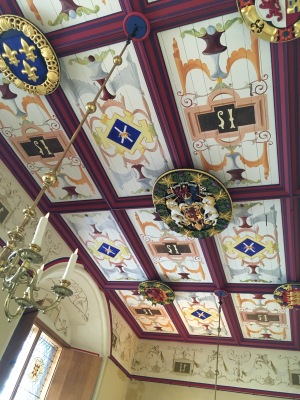 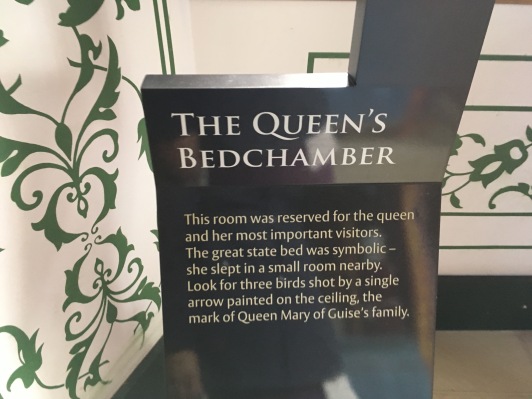 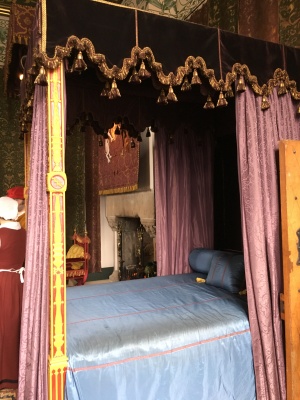 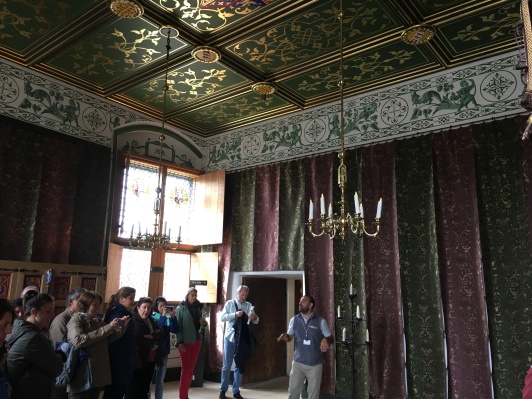 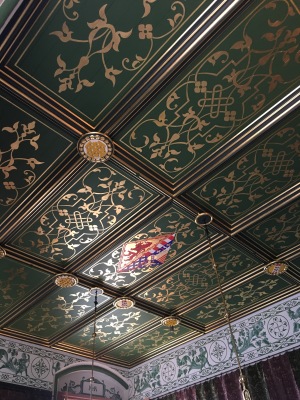 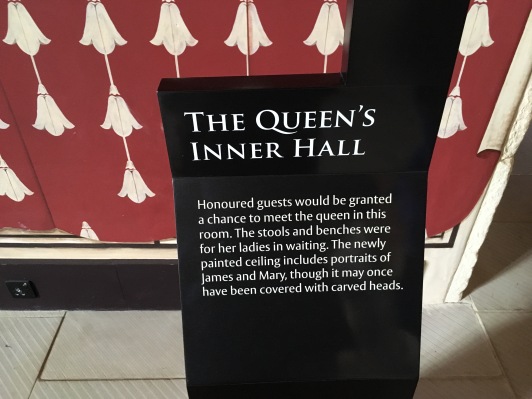 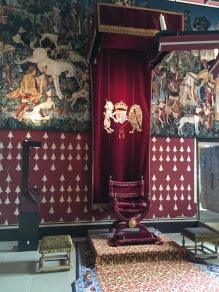 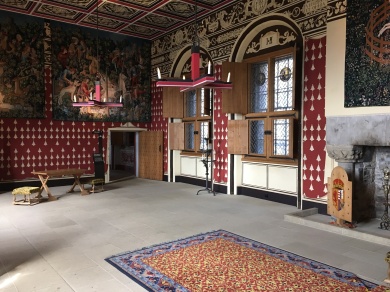 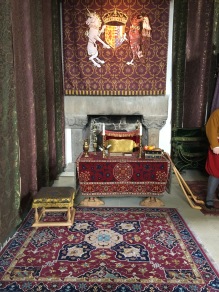 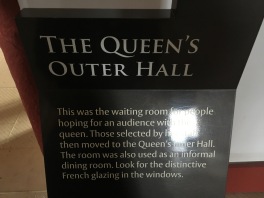 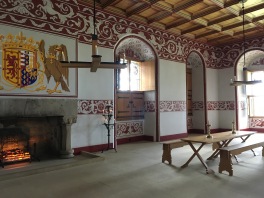