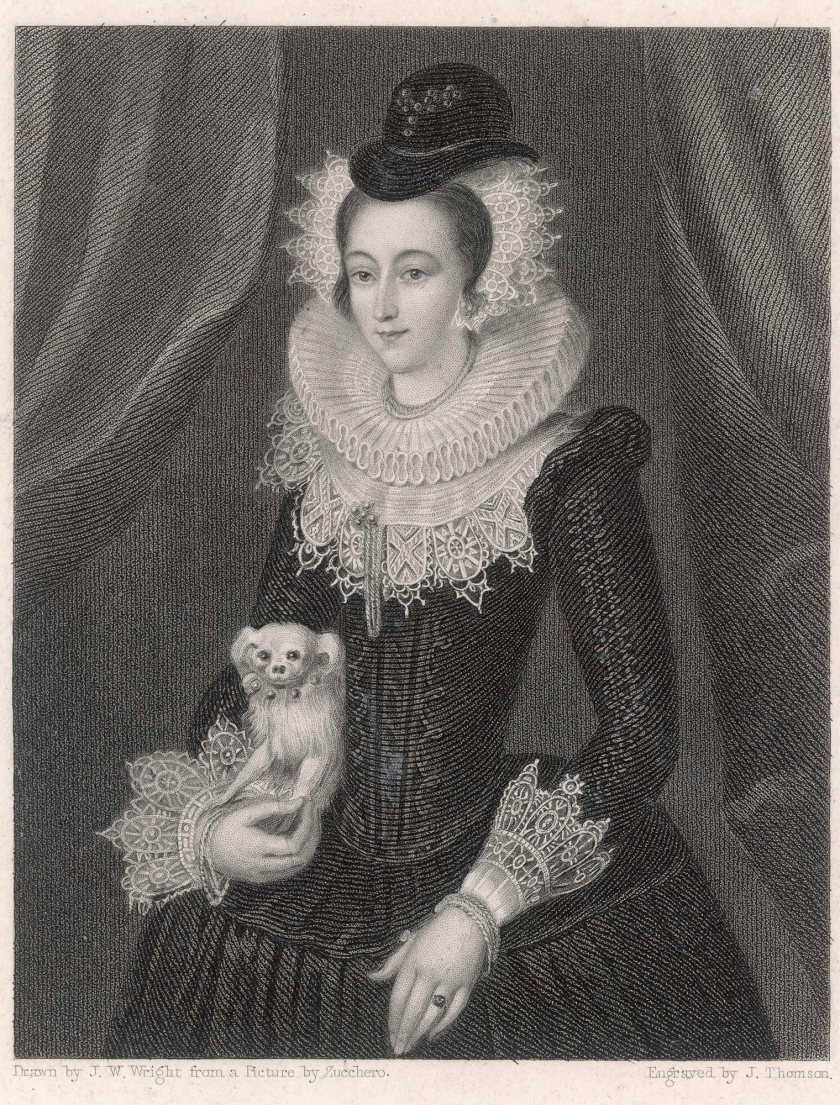 Hi everyone! I just wanted to do a quick post, inspired by Louise’s challenge on Instagram at Ahellaloadofhistory. I’ve been participating in her 30 day history challenge and Day 10 asks for you to share an obscure history fact.

I don’t know how “obscure” this fact is that I wanted to share, but I thought it was kind of neat so, here it is.

For the Love of Dogs

Mary Stuart was taken to France when she was five years old with the intention that she would one day marry the French Dauphin, Francis. It has been said that when she first arrived at the French court, she stuck closely to her maids that had accompanied her, and was content with a group of about 20 dogs that lived at court.

Mary always kept dogs, and it appears that the Maltese was one of her favorite breeds. She also favored terriers, and it was a terrier that made it into the (obscure) history books on the day of her execution.

Mary was taken prisoner in England in 1568, and was held for 19 years. She was allowed to keep dogs throughout her captivity.

One eyewitness account tells of her tiny dog that had hidden within the folds of her skirt on the day of her execution. Of the event, Robert Wingfield wrote:

Then one of the executioners, pulling off part of her dress, espied her little dog, which was under her clothes, which could not be gotten forth but by force, and afterwards would not depart from her dead corpse, but came and laid between her head and shoulders (a thing diligently noted: ) the dog being imbrued with her blood, was carried away and washed, as all things else were that had any blood, except those things that were burned.

Wingfield’s account does not clarify the color or type of dog that wouldn’t leave Mary’s side. And many tales have grown up around this little detail of Mary’s death. Some had said it was a white dog, others say it was black. Some say it was a Skye Terrier. Although some professional dog breeders claim that the Skye Terrier didn’t come into existence until the 19th century, leaving people to believe that perhaps it was a Scottish Terrier that was so devoted to her.

I came across a really cute book that I want to get for my 4th grade classroom library. The Dog Who Loved a Queen, by Jackie French tells the story of Folly, Mary’s canine companion that accompanied her to the executioner’s block. This is a fictional book, told from Folly’s point of view. I am always on the lookout for ways to incorporate the time periods that I love to study and read about into my classroom. I enjoy sharing other historical time periods with my students that do not fall within the confines of our standard curriculum. 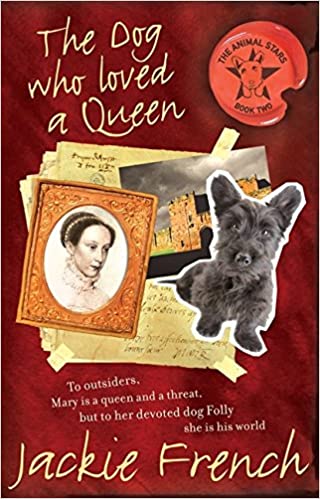 You will also find a fuzzy little canine appearance in The Queen’s Almoner. You can read about Tom Tom the pup here.

I am not a big fan of Reign, but I found this lovely picture on Pinterest of Adelaide Cane, dressed as Mary Stuart alongside her deerhound, Stirling.

Until next time, Long May She Ever Live in Our Memories.